Free the turtles!!! That was the mantra for today, as we were heading out to Praia do Forte, home of a turtle sanctuary. Poor little turtles in captivity - somebody needed to rescue them! The fact that the turtle sanctuary's goal is to raise and release turtles into the wild was just an unimportant detail that we could not let stand in the way of our objective. So we gathered our forces and readied ourselves for the mission, only to realize one terrible thing that would derail our plan - the last bus to Praia do Forte was at 10 AM, and it was already 10:30. Huh ... oh well, saving the world can wait until another day! Luckily, Ihla de Itaparica is only a 50-minute ferry ride away that runs every 30 minutes. There are supposedly a number of nice beaches around the island within a short bus ride of the town of Beira Mar, but due to a lack of time we stuck around the town. Once again, not the nicest of beaches, but who can complain about having any bit of sand, sun, and surf, especially coming a cold, northern climate? We had a few good hours until some ominous-looking storm clouds moved in, accompanied by thunder. Time to head back to Salvador!

The group split up, with a few of us heading down to check out the Marina. Johan does a lot of sailing back in Sweden and has a plan to return to Brazil with his boat, sailing around France and Spain, then down to the Canary Islands. From there, it's a long trek across the Atlantic to the Caribbean, and from there down along the coast of Brazil to Rio. The entire thing should take about a year he figures, including time to check out the various ports of call, and also waiting for the appropriate currents and weather patterns. I told him to let me know when it's a go - I'd love to tag along for part of it!

Johan wanted to check out the port charges at both the municipal and private marinas for future reference. That also gave us the excuse to chill out and have a beer at the fancy private marina - perfect timing as the sun was just starting to come down, making for cooler temperatures and also providing some beautiful sunlight reflecting off the boats and water.

Tuesday night is Pelourinho's biggest party of the week, with free concerts and a samba procession, essentially turning the historic centre into one giant street party. The evening started out on the steps in front of Igreja do Santissimo Sacramento do Passo for some live music, which was alright ... after a while some of us got a little bit bored and we headed into the streets searching for a percussion-induced concussion! Brazilian music is all about the drums, and it creates this powerful energy that reverberates inside your skull. It's like the people are gasoline and Brazilian percussion is the match that sets off the fire in Pelourinho!

There was this incredible percussion group performing in the street, forming a large circle with people invited to dance in the centre. Singing, dancing ... song after song this continued, one of those things you'll never forget and can't believe you were a part of. Then all of a sudden, they stopped ... because the drum procession was coming through. It's like I said earlier, percussion is what starts the party - but in Brazil it doesn't just set it off, it combusts and explodes!

The drummers were unbelievable - raising large drums with one hand high in the air, and striking them with the other, then dropping them back down, like it was some orchestrated part of the dance. Juggling drumsticks, throwing them high in the air, then catching them and striking those beats in perfect time ... they definitely put on a great show. Those immediately following the drummers appeared to be a part of the group, line dancing in unison, with seemingly a different dance for each song. As the procession passed, more and more joined and though the dancing was not choreographed at all in the back, nobody cared because everyone was having too much fun!

It's a shame that I left my camera back at the hostel - we were sternly warned about rampant pickpocketing Tuesday nights, and almost none of us wanted to chance it. We were even told to "keep your money in your balls", because it was so bad. I didn't follow that piece of advice, because it sounded rather painful, and also because it seemed like something that would require the services of some back alley witch doctor to execute ... so I instead emptied my pockets and wore a money belt. Apparently the pickpocketing is quite comical, at least according to anecdotal evidence - you'll feel the hands in your pocket and at times, even feel more than one set of hands going for it. So I was bit disappointed that nobody even tried to pickpocket me ... is there something wrong with hoping for a little groping?

After the procession left, we wandered over to Terreiro de Jesus for some more free music. It's typically a busy place with a few street vendors, but tonight it was absolutely packed, with street vendors completely lining the perimeter of the square. But unfortunately, the magic just wasn't there, and it just didn't compare to the procession we had just witnessed. A few of us wandered off to Praca da Se, which was one of the few quiet places in town tonight. Despite all the fun of the craziness in the streets earlier, it was nice to end off the evening by escaping the crowds with a little walk and fresh air, with a view of all the boats sailing by ... 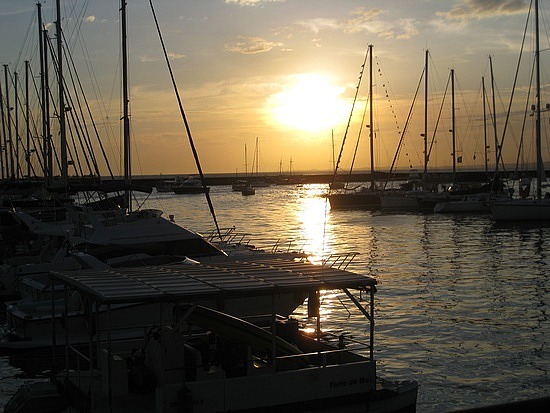 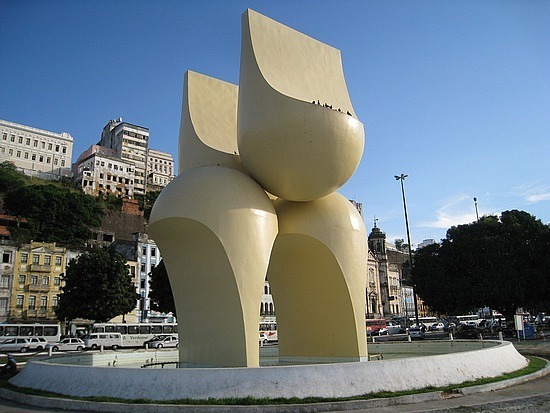 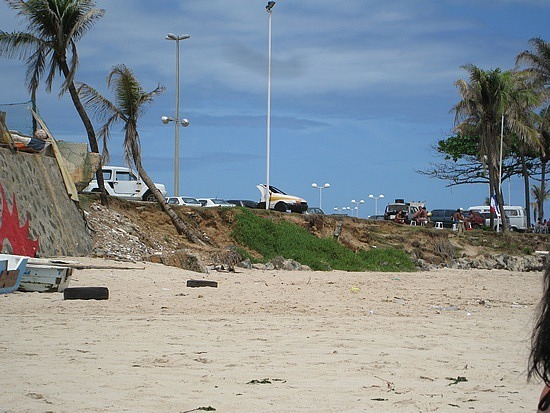 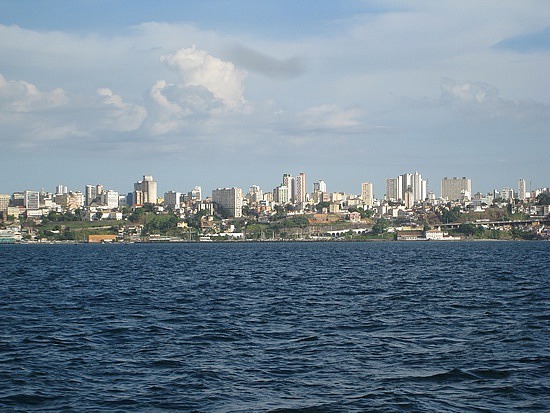 View of Salvador From the Ferry to Itaparica 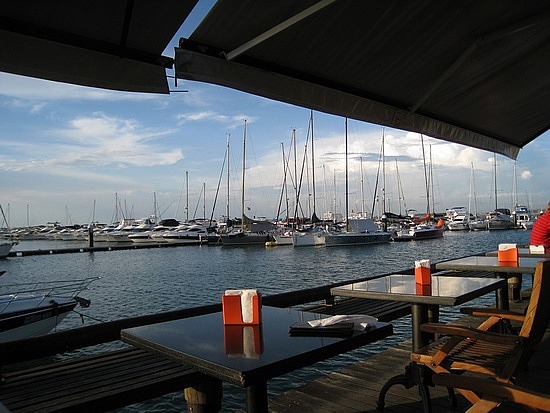 Nothing Beats a Drink on the Waterfront