For a country with so many beaches and such warm weather, the past three and a half weeks have been relatively devoid of time spent lounging around, sunning, and swimming. Today was likely the last chance to get in some beach time before heading home, so I wanted to take full advantage. A bunch of us headed out to Itapua, since it was only a short bus ride away and despite not knowing this at the time, gives me another funny story to tell!

It's a beach frequented mostly by locals, so a group of international backpackers like us isn't exactly inconspicuous, which is usually a bad thing here. After we settled into a spot on the beach, Johan noted some locals hovering around in the background, perhaps will some ill intentions toward some tourists ...

Itapua beach definitely isn't the stuff of postcards, with lots of seaweed washed up on the beach, some nasty looking tidal pools that people liked to sit in, and fish carcasses strewn about, which gave the water and area a slightly unpleasant smell. It's also a completely exposed beach, with only a couple of palm trees that provided any shelter from the blistering sun. A few of us scouted an area with a number of fishing boats, some of them inverted and placed atop stands, which provided a small amount of shade to take cover under when the sun became a bit too much.

It was a bit of a maze in that area, with so many fishing boats lined up together, and all of it backing against a stone retaining wall. As the afternoon sun grew hotter, we crammed ourselves under the little bit of shade we had, sitting in a row across, with our belongings just behind us. Normally I'm quite diligent about placing my things in front of me where I can see them, within arm's reach - but with the maze of boats and the retaining wall, it seemed safe ... though I did wonder if anyone would be brave enough to sneak back there and try to snatch something. It didn't seem very likely, with a group of six people.

Getting hungry, I went for a walk in search of some street food, coming across a guy selling mixed skewers of meat - beef, chicken, and sausage, all topped with a few slices of cucumber, onion, and tomato drizzled with vinaigrette. I eat one. Tasty, but salty. I go pick up a can of Pepsi from another vendor. Refreshing. I'm still hungry, and decide to head back for a second skewer.

So picture this - I'm walking along with a drink in one hand and a skewer, down a ramp back towards the group on the beach. Mmmm ... so tasty, salty grilled meats balanced with the sweetness of an ice cold soft drink on a hot day at the beach. Grease is dripping down my mouth and fingers. Perfect. I'm in a blissful state of near Nirvana - salty fatty meat and caffeine will do that to me.

I notice that the group has scattered somewhat from the shelter of the fishing boat, with some now either swimming or out in the sun. All of a sudden I hear some guy screaming, and some kid is running up the ramp towards me. With a backpack in his hand. Not sure what to make of this, I squint to take a closer look - maybe the sunlight reflecting off the grease on my mouth and fingers is affecting my eyesight. The next thing you know, the kid drops the bag, takes a sharp left, and scrambles up the retaining wall. I bend down to pick up the bag - it's mine!!! WTF?!??!?

I return to the group and everyone is a bit shocked - obviously, the kid had been lying in wait for quite some time until the opportunity arose, when there were only two people left under the boat. One of the girls started shouting when it happened but was afraid to do anything, as she was also guarding someone else's bag that contained a high-end camera and a significant amount of cash.

We decided to pack it in and while doing so, the old man who was yelling at the thief was scolding at us to be more careful, to keep our things within sight and by our side. We really couldn't say anything about that, because it was mostly his help that really made the kid drop the bag, even though I could've attempted to snatch the bag back, if I wasn't so dazed and confused at that moment. It really was fortunate timing that I happened to return at that exact instant, because it may have been just enough to shock the kid into dropping it.

We thanked the old man as we were leaving and he pulled out his wallet, showing us his ID - Military Police! So he was probably shouting something along those lines to the kid, freaking him out. Unlucky on the kid's part, just happening to be attempting a robbery in the presence of a cop, and just as I was returning to the scene of the crime.

Later that night, a few of us ended up walking around and grabbing some street food - first an acaraje, a local specialty of a black-eyed pea fritter cut open and stuffed with a shrimp paste, shrimps, beans, hot sauce, and assorted vegetables. The fritter is a bit like a falafel, and it's almost like the local version of a kebab. Cheap and tasty, but loaded with calories - rumour has it that each one contains almost 1000! Not feeling quite satisfied with just 1000 calories for dinner, we also grabbed a skewer of meat - a mistake! Though they were also quite delicious, Johan and I ended up with some stomach troubles later that night and the next day, which we attributed to the skewers and not the acarajes. It's always a risk with street food, and I'm surprised that there haven't been any incidents previously.

Pelourinho is rather quiet at night ... it's lively for a while until about midnight, when it completely dies down, leaving the streets empty. As fun as Pelourinho is, it's a bit boring later on, as all the nightlife is in Barra or Rio Vermelho. The most happening place in town tonight was Praca do Reggae, an open air reggae club - great music and vibe, it was SO tempting to go in ... but we stayed out, as common sense prevailed. The crowd there was super sketchy, with many people completely bombed and a number of people strung out. After returning to the hostel, we found out that our instincts were right - apparently, Praca do Reggae is notorious for pickpocketing, robbery, and drug dealing. The police raid the place every few days. If only our instincts were so good at the beach earlier today! 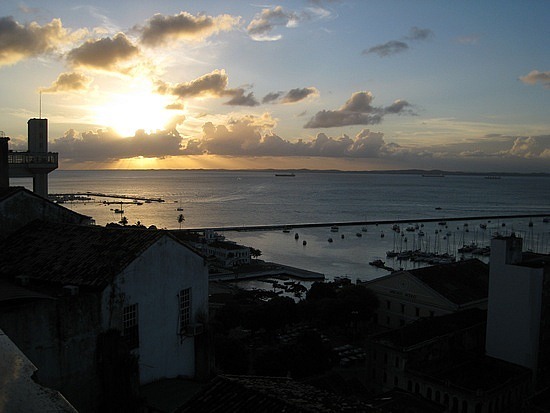 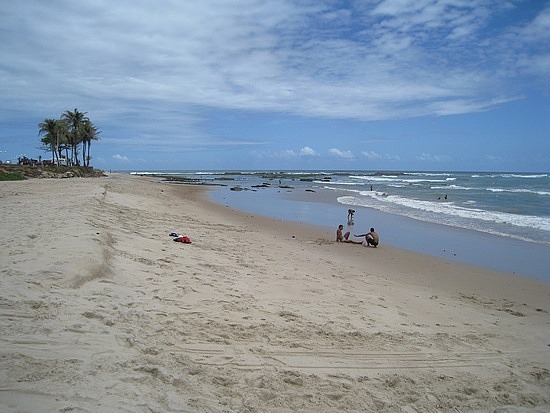 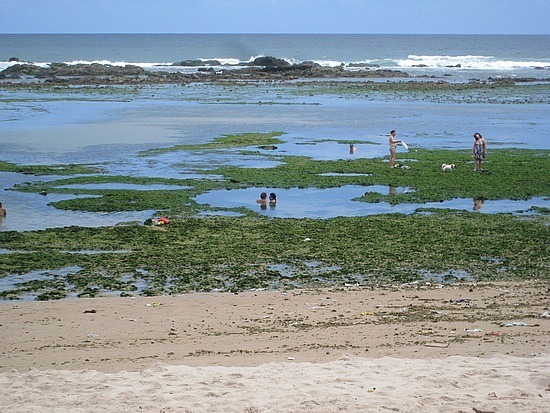 Nasty Tidal Pools - Why Would You Sit In That?!?!? 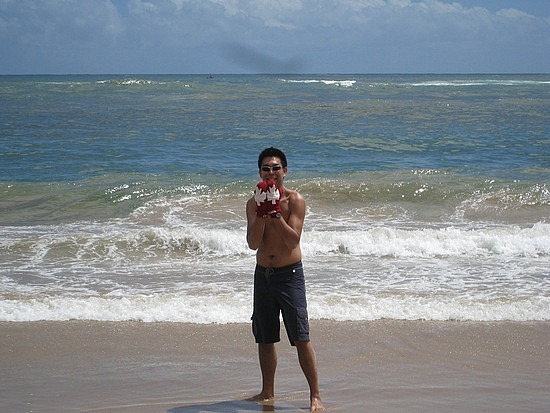 Ripping Off a Fellow Canadian's Idea ... 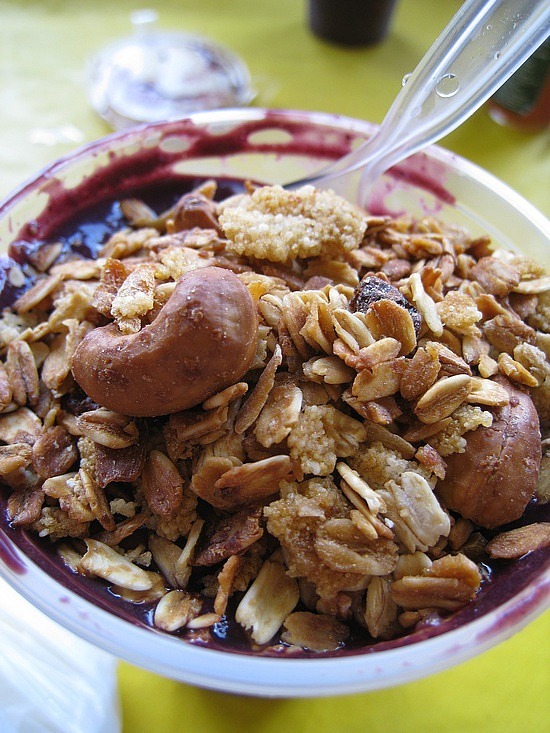 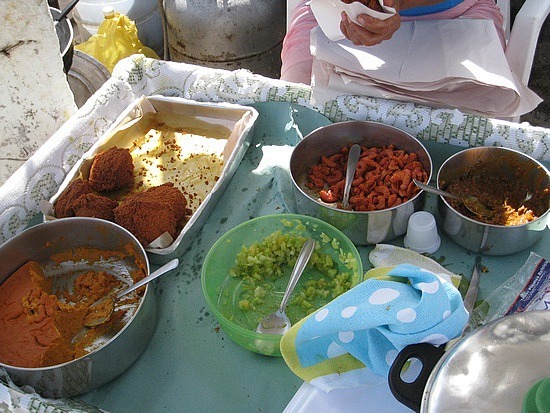 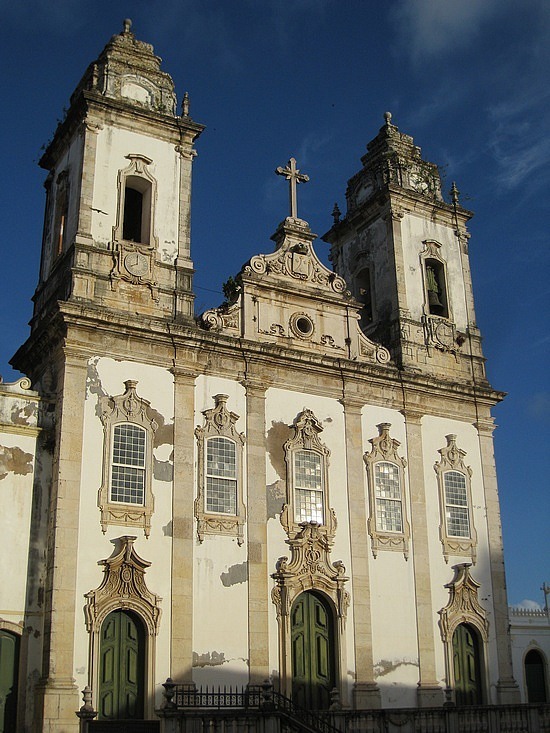 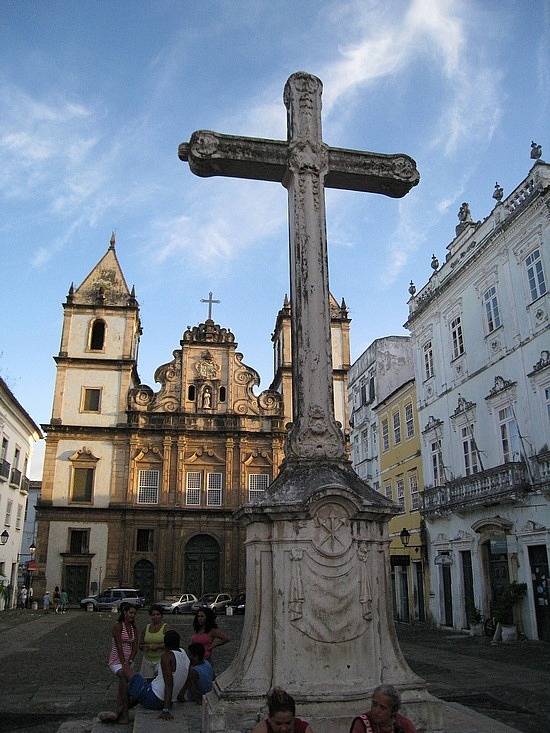 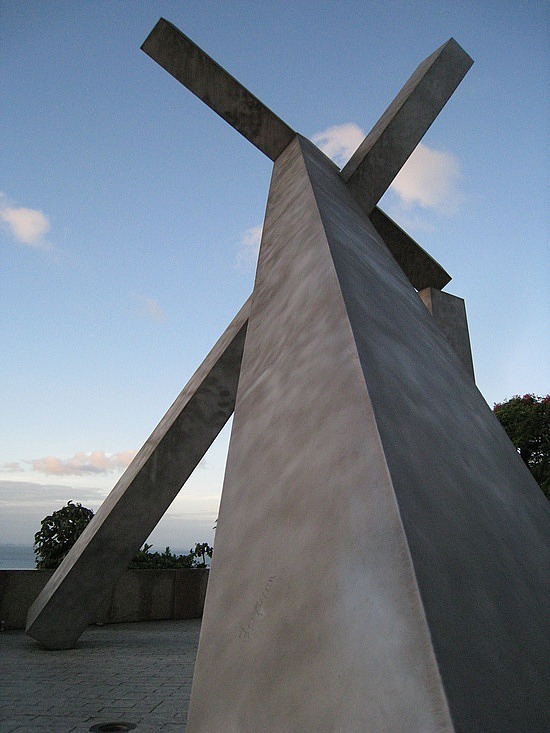 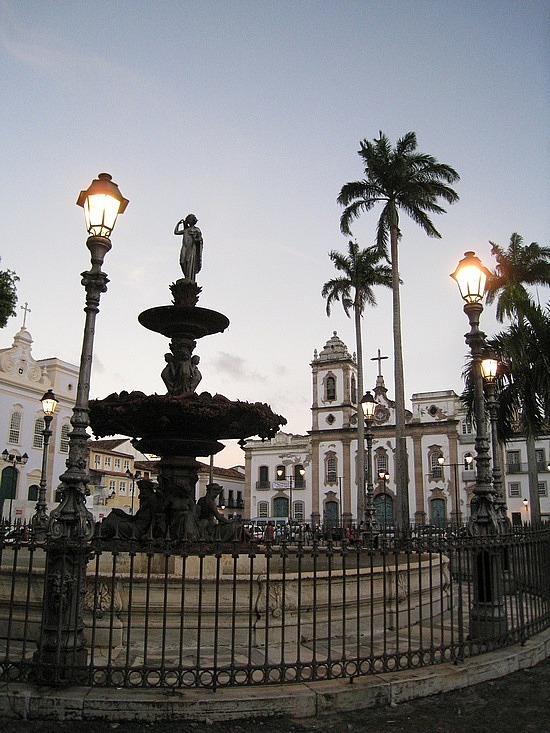 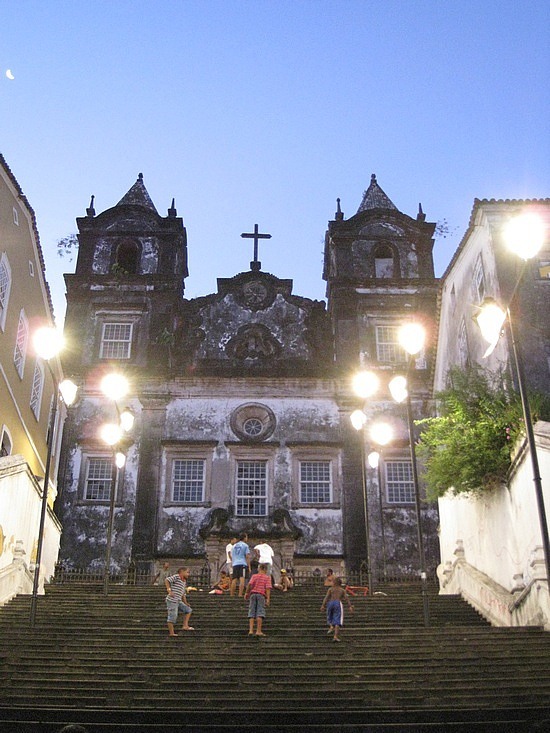 Igreja do Santissimo Sacramento do Passo 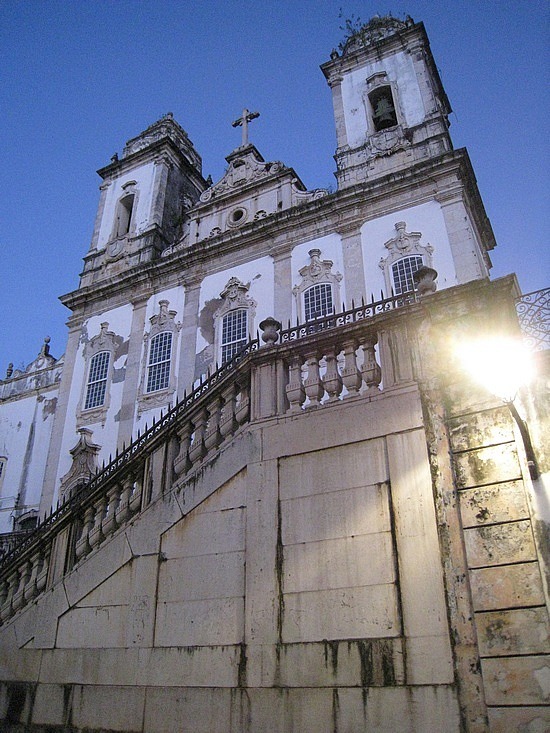