Rolex, Movado, Omega - some of the most exclusive and expensive brands of watches in the world. For most, they simply aren't affordable, so I've rarely seen a person wear one, since I don't travel in the orbit of the rich and famous. So what kind of watch do I wear while traveling? A digital watch that I've had for at least six years - it has a rubber wristband and in its current state, it's probably worth only $5, if even.

Why do I travel with such a cheap watch? Even though I have two dressier watches, I leave those at home because neither one has an alarm, and one has a leather wristband, not something you want to take to the beach. Plus, such a cheap little watch doesn't attract any unwanted attention that something like a Rolex would. Though I'd never be concerned about such a thing while traveling in Europe, any time I've been in South America it's something I've paid some attention to.

No one would ever want to take such a cheap and tacky watch, right? Wrong! Today, I had a very Brazilian experience, at least according to all the guidebooks and things I've heard over the years - an attempted mugging! Today's plan was to catch some rays at Praia do Futuro, a beach roughly five kilometres away from the hostel. Much too far to walk, taking the bus was the only sensible thing to do.

Being New Year's Day, the streets were empty ... almost no stores or restaurants were open, even though it was getting on past noon. So I sat at the bus stop, awaiting my stretch limousine when I was approached by a local. He started out quite friendly and chatty, extending his hand, which I shook. After some small talk, the request for two Reais came - I never give money to beggars. On occasions, I've given them sandwiches or granola bars, but never money; I simply don't believe in it. Of course, if any hot Spanish woman approached me, I would give her anything she asked for, even a kidney. But that's another story for another day ...

I declined a couple of times and was starting to get annoyed, becoming more and more brusque with him. He gestured at the two Reais in my hand and I said I needed it for the bus. In hindsight, carrying money in my hand, no matter how little, was pretty stupid. Then he started yelling to who I assume was his friend a block away, greeting him in the typically boisterous Brazilian manner. He then started complimenting me on my sunglasses, I think asking if he could try them on. I played dumb and acted like I didn't understand. Then he gestured at my watch, so I raised my arm and glanced down to check the time for him, and he proceed to grab the watch, trying to rip it off.

For a second I was confused, not understanding what was going on, but then instinctively pulled my arm away and gave him a dirty look. He shrunk back slightly in his seat with a look of dejection, almost saying "What more can I do?" I continued glaring at him, thinking "Dude, seriously, WTF??!!??? For this piece of garbage watch??!?!?!?" For a second, I stupidly thought "I hope this bus gets here soon", not really even considering it to be a threatening situation. Then I looked up to see his buddy standing on the other side of me ... yup, time to get the hell out of here!

All of a sudden, I saw the bus rounding the corner and I flagged it down, but apparently it didn't pick up from my stop and continued on its way, as did I, instead catching a different bus a five minute walk away. As I walked, I realized both how amusing and how potentially serious the situation could have turned out. The whole scenario reeked of desperation on his part, and that's what took me aback - I was in shock that somebody would go for such a worthless watch. But if you're desperate enough, anything is possible ... it's not the first unusual experience I've had with an aggressive beggar in South America, as I met a rather pushy one in Buenos Aires a few years back.

Luckily for me, the would-be mugger was about my size - had he been the size of Washington, I wouldn't have resisted. In fact, I would've offered to give him my watch and cut off my hand to go along with it. "Sorry sir, I didn't mean to squirt any blood on you. Here's 20 Reais for the dry cleaning bill."

So after this whole little episode, I ended up at Praia do Futuro - my first night in Fortaleza, one of the locals I met told me they didn't like this beach, because it was too close to the favelas. The whole bus ride there was through some pretty dodgy-looking areas and at no point did we appear to be near the ocean, until I caught a glimpse of the sea a couple of blocks in the direction perpendicular to that which we were traveling.

The beach was absolutely packed with people and barracas, little beach side bars/restaurants. There was only a thin stretch of sand open for people to sit on, as the barracas extended pretty close to the water, and the waves crashed onto the beach not far from where the barracas ended. As I scouted for a little spot for myself, I ran into Washington and Adilton from the hostel, where we laughed about my earlier escapade with the would-be mugger, showing them my beautiful watch. We joked "Why wouldn't he take it, it's a $1,000,000 Rolex!!!" It was pretty cool running into them, giving me a great chance to further practice my Portuguese ... they ended up suggesting that I should be more careful in Brazil and they were right. Since I haven't found myself in any bad situations up to this point, I've become a little complacent. They advised that I really shouldn't be walking around so much on my own, and that I shouldn't stray too far away from the crowds on the beach as I told them I normally do, since secluded spots on Brazilian beaches can be trouble spots. A few other nuggets of safety advice from Washington included not sticking your arms out the window of buses in certain cities because any jewelry will be stripped off, and also not sitting at restaurant outdoor patios. He thinks it's risky because there are a lot of drunk drivers in Brazil, and it'd be all too easy for somebody to plow their car into you. Good to know these things!

I didn't stay too long as they were nearly ready to leave, and I decided to heed their advice and stick with a group. I didn't mind leaving early anyway, as the crowds were a bit suffocating and the waves too strong. It was funny - though I was barely waist deep, a wave hit me with such force that the next thing you know, I was on my ass, spitting out water. I look over to see Washington standing like absolutely nothing happened, looking like the wave hit an oak tree instead of a man. The advantages of being built like a linebacker!

Some famous comedy group from Fortaleza was doing some stand-up tonight, Caritas suggesting that I take one of the Brazilian girls since it would be safer if she walked there with a companion. I chivalrously accepted, just because I'm a nice guy, and Caritas commented on what a gentleman I am. Yes ... my offer was a pure gentlemanly gesture ... she ended up not wanting to go, and instead a bunch of us headed down for a long walk along the beach, grabbing a few beers at another little dive bar along the water. It's one of those quintessential Brazilian experiences that never gets old ... 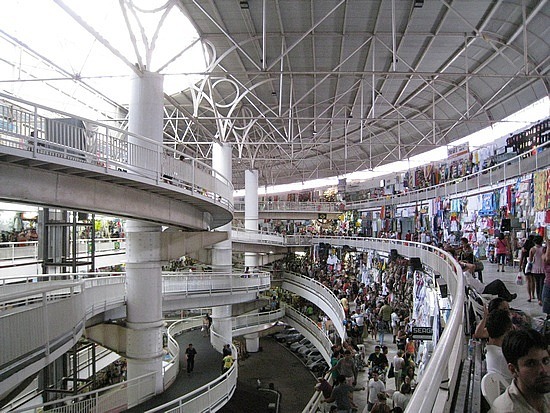 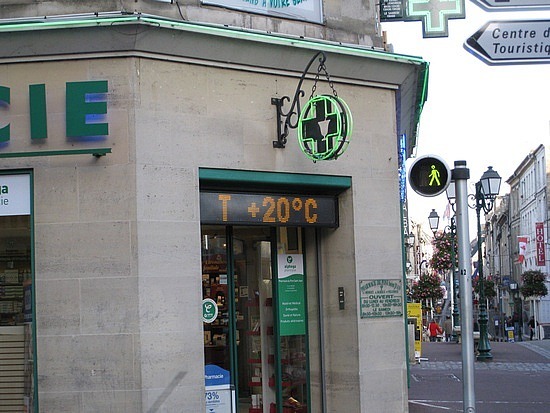 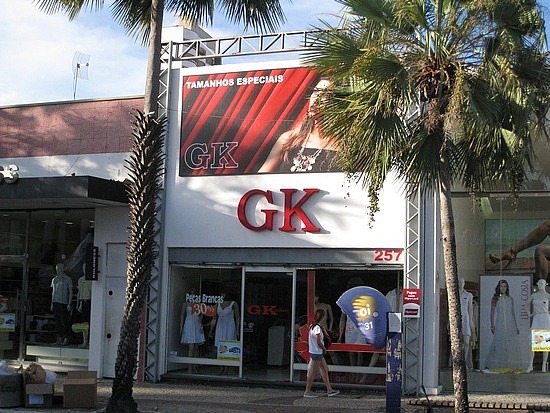 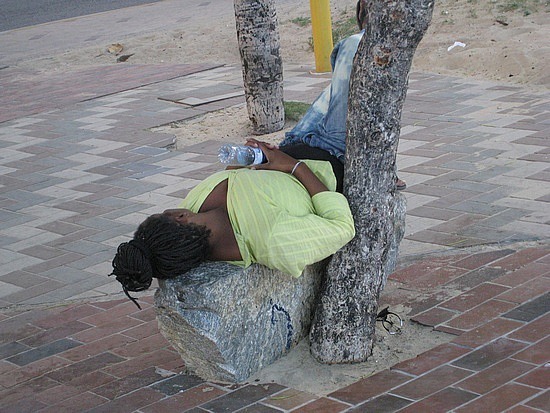 This Can't Be a Comfortable Spot for a Nap 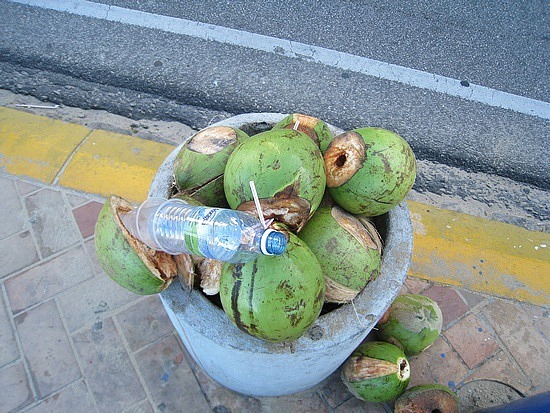 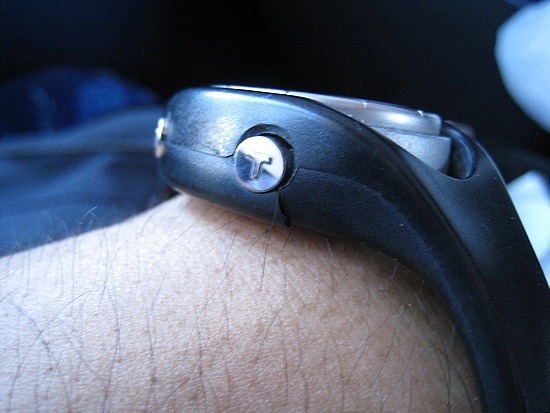